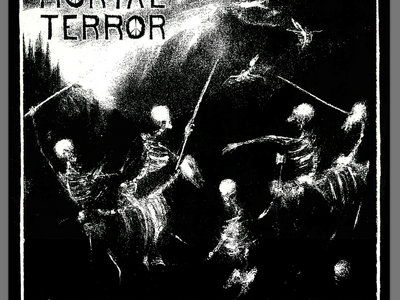 Newcastle based grind fathers Mortal Terror released 2 split albums (with Generic and Aural Corpse) back in the late 80s. This release sees them both captured and united as one great release, along with some extra tracks from one of their live performances at Newcastle Riverside.

That's not all - in addition to the audio, you will also receive an A3 replica of both inserts from their split albums, giving you all of the lyrics, as well as a replica flyer from back in day.

Finally, we have discovered an old MT patch screen and have had patches made specially for the release.

This is Anger Burning's first release in the series "Blasts From The Past", which rediscovers classic punk that has never really had a decent re-release since its first appearance.