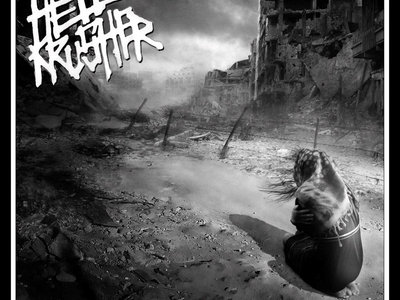 The fourth studio album of Newcastle upon Tyne's crust punk institution. The band formed in 1989 by members of "Hellbastard" and "Energetic Krusher" and soon became an institution within the Crust punk genre.

They released several albums and EPs along their way as well as extensive tours with FINAL WARNING and DIRT in the nineties.

Fifteen raging and pumping songs about the horrors of modern society in everyday way. Musically linked somewhere between VARUKERS and "Hear Nothing, Say Nothing" DISCHARGE, all twisted up with a massive doses of thrash and crustcore.

This CD includes the track missing from the vinyl - For Our Sins - which had to be downloaded in order to listen to it.