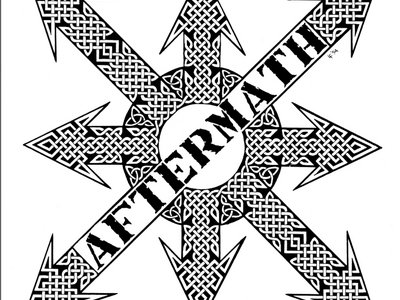 The second release in the series "Anger Burning Blast From The Past".

This time it's the turn of post-Hellkrusher band Aftermath. Short-lived but highly enjoyable, this disc features both demos - one of which was their only 7" EP release and the other has two tracks never before released, as well as all of the tracks they performed live, including covers by English Dogs and indeed Hellkrusher themselves! Live tracks lovingly remastered by Nick Wood of Decontrol.

As with the last BFTP release, this one comes with a patch and as an extra special surprise, the first 25 orders will come with and ORIGINAL Aftermath sticker, back from the 90s, too! (all stickers have gone now)

Limited to 100 copies, this will fly out like the last 'Blasts' release for sure!

A DARK FANTASY
CHECKMATE
FINAL PROPHECY
ACROSS THE SEA

THE FOUR SEASONS
THE RICHES AND THE RUINS
THE NAKED TRUTH

AN END IN VIEW

THE NAKED TRUTH
LIFEBLOOD
BELIEVE IT OR NOT

ships out within 28 days
8 remaining